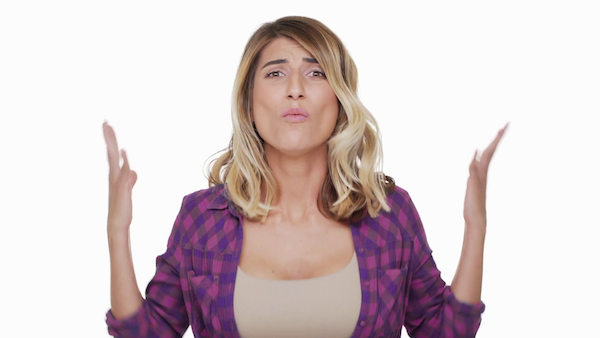 Why Is He Picking Digital You Over Real You?

He doesn’t just respond to your texts immediately; he’s the one who’s initiating them.

Yet he never asks you out.

And when you hint about getting together he demurs. What is going on?

Call it “advanced ghosting.” Or getting an advance on his ghosting.

The sad truth is that a growing number of guys would rather type at you than meet with you.

Whether it’s Facebook, Instagram, or phone texting the agony is real: Some guys can you get everything they need from you digitally–attention, validation, entertainment and yes, even sex.

What is causing all this infernal preference of digital you over realz you?

To fully understand you have to place this behavior under the context of a greater problem discovered in the latest study of sex and intimacy habits. Namely, that we are having less and less sex and less and less intimacy. The reason?

Second, the study showed that apps like Tinder, which are supposed to make it easier for people to meet each other, actually make it more difficult.

Think about what a time suck these apps are. But the study revealed something truly fascinating: Almost everybody on these apps are chasing people that are on average, 25% better looking than they are!

In other words many people hold it off committing to an analog meeting because they think someone better looking is just around the corner.

It’s FOMO (Fear of Missing Out) on steroids.

Of course digital life itself contributes to all the advance ghosting. As more and more people spend more and more time online they don’t feel comfortable with the messy, unpredictable consequences of real life meetings, preferring the safe harbor all their thumbs.

The result of all this?

Ghosting is up, meet-ups are down.

What can you do about it? Not a hell of a lot.

First, it’s not your job to mature the guys that you’re interested in.

Second, even if it were your job it’s the kind that would make you end up singing that famous Elvis paycheck song, “Take This Job And Shove It.”

Your best bet is to limit the damage these advanced ghosters can do to your self esteem.

That means cutting off a conversation that doesn’t look like it’s going to end up with a meet-up soon. Use a three strikes and you’re out policy:

Strike one: He’s texted you for more than three days without asking you out.

Strike two: When you hinted at meeting up he either ignores it or answers so vaguely that you may as well not have hinted at all.

Strike three: He floats the idea of meeting up but never suggest a time, a place or an activity.

Heave-ho! Wash that ghost right out of your hair.

This is painful to do but so is being strung along for weeks if not months.

Men aren’t the only ones who practice the dark art of advanced ghosting. Women are expert too. Using my formula I’ve gotten so good at detecting advanced ghosters that I can literally tell within five texts if the person on the other end is serious about meeting or just using me for their endless need for validation, attention and entertainment.

The truth is that any man who wants to meet you we’ll find a way to do it quickly.

We men are simple creatures. We move toward what we want and move away from what we don’t.

You need to apply that simple philosophy to texting. It will save you a lot of ghosted heartbreak.