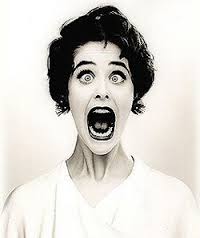 From Meh To Meow!

Once you get in touch with why you’re so attracted to masculinity it’s easy to transfer that appeal to Masculinity’s Main Representative: Dick. Or as one friend calls it, “Richard, because it’s long for Dick.” The penis is masculinity personified–it is strong, confident, insistent, and it must be said, without conscience.

But I digress. The point is that you’re never going to truly enjoy giving head until you fall in love with your partner’s penis. Not just the physical characteristics (size, shape, feel) but all that it represents to you emotionally and psychologically.

Falling In Love With An Erect Penis

Part of the appeal is the meaning you give to his erection. For one, it means he is REALLY ATTRACTED TO YOU. That’s one of the highest compliments a man can pay his woman (well, other than “where’d you get those shoes, they’re lovely!”). After all, men don’t get hard for women they find unattractive.

In other words, his erection is proof of your desirability. And if that’s not a turn-on, what is?

Wait, dominance? How so? Because you get to control what he experiences through your mouth, tongue and hands. You want him to moan? Do this. You want him to sigh? Do that. Get it? YOU are in control of his pleasure. If that’s not dominance what is?

“I love the sense of power that I have when I hold my man’s cock in my mouth or hands. At that moment and for the next hour or two…I am in control of what happens…and I am responsible for him having the most sensational, meaningful experience possible.”

Getting The Most Out Of Giving

Once you do that, you’ll turn a task into a turn-on. You’ll go from Meh to Meow! Because now it’s as much about you as it is about him.