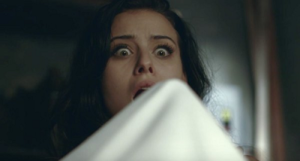 To guys, hand jobs are like a Pepsi: not your first choice, but you’ll take it.  Still, there’s no reason squeezing one out with your hands should feel like a consolation prize for him.

While using your hand to get a guy off may seem like an easy, mindless form of sex, it actually can be quite difficult to bring him to orgasm.

After all, he’s spent years in the masturbatorium, so he’s an expert at getting himself off.  He knows exactly what he needs to “burp the baby” and you probably don’t.

Puberty is a time when nature says to boys, “Shake hands with Mr. Penis.”  And then it says, “Ok, you can let go now!” And of course, he never does.  Not for long, anyway. His dick and his hand are very well acquainted.

They know each other’s quirks, rhythms, and most secret desires — whether he likes a straight up-and-down motion, circling the head, or has some weird Morse code-type sequence of jerking that unlocks his orgasm.

Because he’s grooved a pattern into his body, I have a DUH-level secret to giving great hand jobs:

Think of it as learning how to cook a great meal. First, you ask the chef how to do it and then you watch him, and then you take matters into your own hands.

It saves you hours of burnt bread, cracked eggs and culinary scowls.  On the subject of hand jobs, almost any guy will tell you:  “Nobody does me better than I do.”  So, sit (or kneel) by the master and learn.

How To Put Him In The Palm Of Your Hand

Just because men can do it themselves doesn’t mean it becomes an outsourced job if you do it.  Quite the contrary.  Do this:  Kiss the inside of your wrist.  Now get your partner to do it.

Which one felt better?  His, of course!  We are fairly dull to our own nerve endings, but when somebody else stimulates them?  BOOM!  Same with hand jobs. Which do you think feels better to him—your hand or his?

Wet Is The Word

Fortunately, the market is flooded with ways to keep your guy’s manhood moist.  Not all lubricants are equal during stroke sessions. Here’s a breakdown of how the different options stack up:

They are thicker than other types of lube, creating an ideal coating over the dick rather dripping off, and they stay wet longer.

I kid.  Oil-based lubes are also the most affordable type of lube. You can virtually get a keg of petroleum jelly for under $10, and price is not a factor you want to overlook with something as potentially high-volume as hand jobs.

One of the most significant technological advancements around the turn of the century was not the Internet, but rather the emergence of silicone-based lubes. They have a thinner texture than their oil-based counterparts, but contain much of the same effectiveness, and without the corrosive qualities that make them unsafe for intercourse.

Silicone-based lubes don’t absorb into the skin or evaporate into the air, meaning they last for quite awhile without having to re-apply them.

Like their oil-based counterparts, silicone-based lubes complicate the cleanup process.  Getting them off fabric is like getting a guy off after a cocaine binge—nearly impossible, so lay a towel down to protect the sheets.

The most common type of lube on the market, they are generally the most suitable for sex. However, water-based lubes don’t apply as evenly as oil-based lubes, which can result in “dry zones” along the dick — unmoistened pockets of flesh that make your fingers “snag” the penis rather than glide across it.

This, of course, will make him about as happy as a supermodel with blocked nostrils.  Water-based lubes are also notoriously quick to dry, meaning you’ll have to regularly squirt more on the penis to keep it wet and comfortable.

Wait, vegan lubes? Actually, there’s a budding market for health-conscious hand strokers, as aloe, coconut oil, and honeybee lubes gain popularity. These varieties are ideal for folks with sensitive skin, or anyone who just wants to avoid chemicals during sex.

The flavors and all-natural qualities of these lubes make them highly compatible with oral sex, and most are gluten-free.

However, many organic lubes absorb quickly into the skin, which means you’ll be reapplying frequently during an extended hand job session.

But there’s also no type of lube more ineffective for jacking off, since saliva evaporates after a few strokes. So unless your mouth is a faucet that can produce a consistent stream of moisture, you’ll want to use something stronger than saliva when giving your guy a hand job.

In the next post, we’ll get deep into the other oral sex. In the meantime, get a few more tips from actual guys: like #6, it ain’t a Shake Weight.