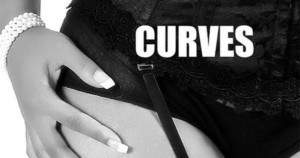 Can diet and exercise get you closer to a body that would improve your self-image? Yes, in thesame way that jumping gets you closer to the sun. If it were true that losing weight equaled a positive body image, studies would show that thinner women would be more satisfied with the way their bodies look than normal-weight women.

But they aren’t. Studies consistently show that underweight women are nearly as dissatisfied with their bodily appearance as normal or overweight women.

From ordinary women who force themselves to eat dust for dinner to supermodels who treat cocaine as a food group, nobody is immune to distorted body perceptions. This is how bad the situation is: Slender women consistently overestimate their body size more than heavier women! Supermodels have something in common with the truly overweight—they think their butts are too big.

So do professional ballet dancers. Who doesn’t envy these petite flowers? If anyone knows more about their bodies, it’s dancers who scrutinize their physical appearance for a living. Yet one famous survey showed ballerinas significantly overestimated their true percentage of body fat!

The fact that thinner women may have an even worse body image than you do is difficult to grasp. It probably violates one of your deepest-held beliefs—that if you lost weight you’d feel better about your body. But it’s true.

Losing weight rarely results in an uptick in body confidence because nearly all women are dissatisfied with their bodies. Which leads to body image getting in the way of sex.

It is now standard and predictive that most women have a negative body image—no matter how skinny or how fat they are. It is now normal for most women to diet and try to lose weight, even if they objectively don’t need to. Even if it’s medically dangerous for them to try.

Of all the body image surveys done over the years, academic researchers have gravitated toward the two they consider most important: the 1997 Shape Magazine survey and the 1997 Psychology Today poll. Both support the academic contention that body satisfaction is a “normative discontent.” In the IN Shape magazine survey, 90 percent of women reported feeling “somewhat, moderately, or very self-conscious about their appearance.”

“The truly fat despair but there is an equivalent amount of self-loathing on the part of thin people, suggesting a different type of problem (other than fat): distortion on top of dissatisfaction. Thin women distort reality by seeing themselves as fat. This type of distortion is rampant and has become the norm. 159 women in our sample are extremely underweight and 40% of them still want to lose weight. Another example that it isn’t fat that’s the problem: Younger women are at a weight that most women envy, but they are still plagued by feelings of inadequacy.”

But I’ve Lost Weight Before and Felt Better…

Yes, for about ten minutes. And then you probably realized that you still didn’t look like the ideal you see in the media, and a thought crept into your self-congratulations: “If I could just lose another five pounds, THEN I’ll really be satisfied and be less self-conscious in bed.”

And the struggle began anew.

In the next post, we’ll look at the different aspects of body image. In the meantime, look at some of the reasons why weight loss might not be the answer.