There are a million different types of fantasies, but like sexual positions, there are only a few basic ones.  The rest are variations guided by your own imagination.  Below are the sexual themes that women gravitate toward. 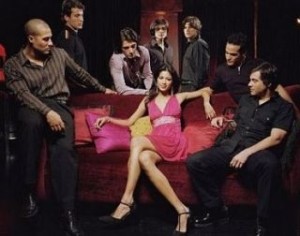 It’s common for body conscious women to fantasize themselves as the cover model of a Sports Illustrated swimsuit edition or an angel in a Victoria’s Secret catalog.  There’s nothing wrong with fantasizing about having the kind of body you always wanted, just make sure you play the part correctly.

Once, during a hot yoga class I had a hard time standing at attention between poses.  The room was warmed to 110 degrees.  The teacher noticed my droopy posture, and told me to throw back my shoulders, suck my stomach in and stand straighter.   “Act how you want to feel!” she commanded.

In just a few seconds, I felt stronger, more capable and ready for the next round.  If you’re going to fantasize about being Miss Thing then take my yoga instructor’s advice and “Act how you want to feel.”

By the way, you don’t have to tell your partner you’re fantasizing.  It’s fine to keep it to yourself.  In fact, one of the great appeals of a fantasy is that you don’t have to share it if you don’t want.  The secretiveness itself is what makes it special.

Fantasizing that you’re with another man is an extraordinarily common fantasy, which unfortunately can bring up a bit of worry and guilt.  Is it unfair or unethical to fantasize about another man while you’re making love to your partner?  Shouldn’t he be enough to turn you on? Are you violating his trust?

No.  It doesn’t  matter how you stoke your hunger as long as you eat at home.  Anything you can do to increase sexual satisfaction and response within the confines of your relationship is a good thing.

Some women won’t let themselves indulge in fantasies about other men because they’re afraid they’ll get “addicted” to it.  That’s like avoiding sex toys because they might replace your partner.

Do not ever feel guilty about using things or ideas that draw you closer.  Fantasies, like sex toys, are not replacements; they’re add-ons.

In the next post, Hollywood lends a helping hand (or mouth). In the meantime, learn more about ditching your guilt over your fantasies.