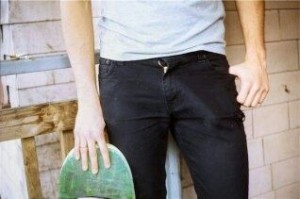 Think back to the most memorable oral sex a man has ever performed on YOU. What do you remember most—that thing he did with his tongue or the feeling of getting sucked into a vortex of sexual energy that made you temporarily forget your name?

Let me make a few assertions about your memory of that session.  That guy who went down on you?  He LOVED doing it, didn’t he?  It wasn’t just that he was good at it, he L-O-V-E-D licking and kissing you, the taste of you, the everything of you.

Technique? Skills?  Yes, I’m sure he was good, maybe even great.  But that would have just made him a talented laborer.You have that searing memory because he was a passionate lover who loved going down on you.  THAT’S what made him great and that’s what’s going to make you great at going down on your partner.

How to Give A Great Blow Job

You have that searing memory because he was a passionate lover who loved going down on you.  THAT’S what made him great and that’s what’s going to make you great at going down on your partner.  Knowing how to give a good blow job is about loving going down on him.

A Hard Dick Is A Powerful Symbol of Something You Love:  Masculinity

You are attracted to maleness, strength, and virility and nothing personifies these traits more than the erect cock.  It’s strong, it’s hard and it commands you to surrender. Few things can put your femininity in stark relief to masculinity more than a hard penis.

It is not just the staff of life but the stuff of dreams.  Wet dreams. It epitomizes almost every aspect of masculinity:  It’s big, thick, hard, strong, muscled, driven, and it must be said, without conscience.

If you liked this article, you’ll love our guide, How To Give A Great Blow Job

If you like a man for being a man, then it’s only natural to crave the symbol of his manhood.  When you hold your partner’s erect penis you should (hopefully) be in awe of its strength and want to feel its masculine prowess in every part of your body. His hard-on should give you a “wide-on!”

A Hard Dick Is Proof That You’re Desirable

A penis gets hard when its owner spies a beautiful, desirable woman.  Namely, you.  Now if you’re like most body-conscious women, you probably don’t believe your partner when he says you have a beautiful body. You convict him of sexual perjury—lying to get laid.

You won’t get an argument from me—men lie for sex. We practically carry business cards that say “Professional Liar.” But there’s a flaw in your logic. Yes, men will say anything to get laid. To a woman he finds attractive.

See, you have to understand something about men. We give our penises nicknames so we can be on a first-name basis with the person making all of our decisions. And while we lie to do Mr. Happy’s bidding, Mr. Happy himself is incapable of lying.

It’s really difficult for a man to get an erection for a woman he’s not attracted to. Even Viagra, Levitra, and Cialis won’t help.  They won’t work unless the man is turned on.  They can open up the valves to let more blood into the penis, but they cannot make a man want you. You may be resentful at times of the penis’s persistence or its alarming lack of conscience, but never, ever doubt its sincerity.

You may be resentful at times of the penis’s persistence or its alarming lack of conscience, but never, ever doubt its sincerity.

Knowing you can turn your partner on (look at that erection!) is the ultimate sexual compliment; a statement of your desirability. It’s a sexualized electrical current with a feedback loop—he gets excited so you get excited.  He sees your excitement and gets more excited. And soon you’re both sucked into a vortex of desire.

But what is the outer manifestation of his desire?  His hard cock.  It’s not only about you, it’s for you. And that’s why so many women want it more than the latest silicon rabbit.

In the next post, we’ll give you ways to change your mindset; after all, the brain is the body’s biggest sexual organ.   In the meantime, look inside a guy’s head to see what turns him on.